I love cats. Do you love cats? How about RPG’s? Then there might be a game for you that goes by the name of Cat Quest. A name directly to the point, it’s an open world action RPG by The Gentlebros that pits cat against cat, and it also has a sequel announced for 2019. But I’m here to talk about the first game.

An evil cat sorcerer has catnapped your cat sister and it’s up to you, the cat hero, to rescue her. Is that enough cats for you? Don’t worry, the game is chock-full of cat puns for your enjoyment. I’m not kitten you, they’re pawsitively everywhere!

Going into the gameplay itself, you tap the screen to move around and tap enemies to attack. You can either tap where you want to go or keep your finger on to continuously keep the hero moving, and that’s what I usually did. Holding your finger on the hero brings up a magic spell menu, and you unlock more spells as you travel across the world.

Actual fighting is simple but gets surprisingly tough, partly due to the controls. Some enemies attack so fast that having to use your finger on the screen to get away is sometimes tricky. I feel like this might be alleviated with a proper controller, but I wasn’t able to test that out to see. Even with minor control issues it’s easy and fluid, so the focus turns to the enemies themselves.

Along with the aforementioned fast enemy attacks, some enemies hit VERY hard and have quite a bit of health. This, coupled with the fact that there are no potions in the game, means that when you get hit you REALLY feel it. The only ways to heal are by leveling up, going to a saving rest spot in a town (with the icon of a cat bed), or using the heal spell. However, the heal spell takes a ton of your magic to heal a relatively small amount. You can thankfully level up all your spells to make them stronger. So for example: the heal spell will heal more, but it still isn’t a whole lot. 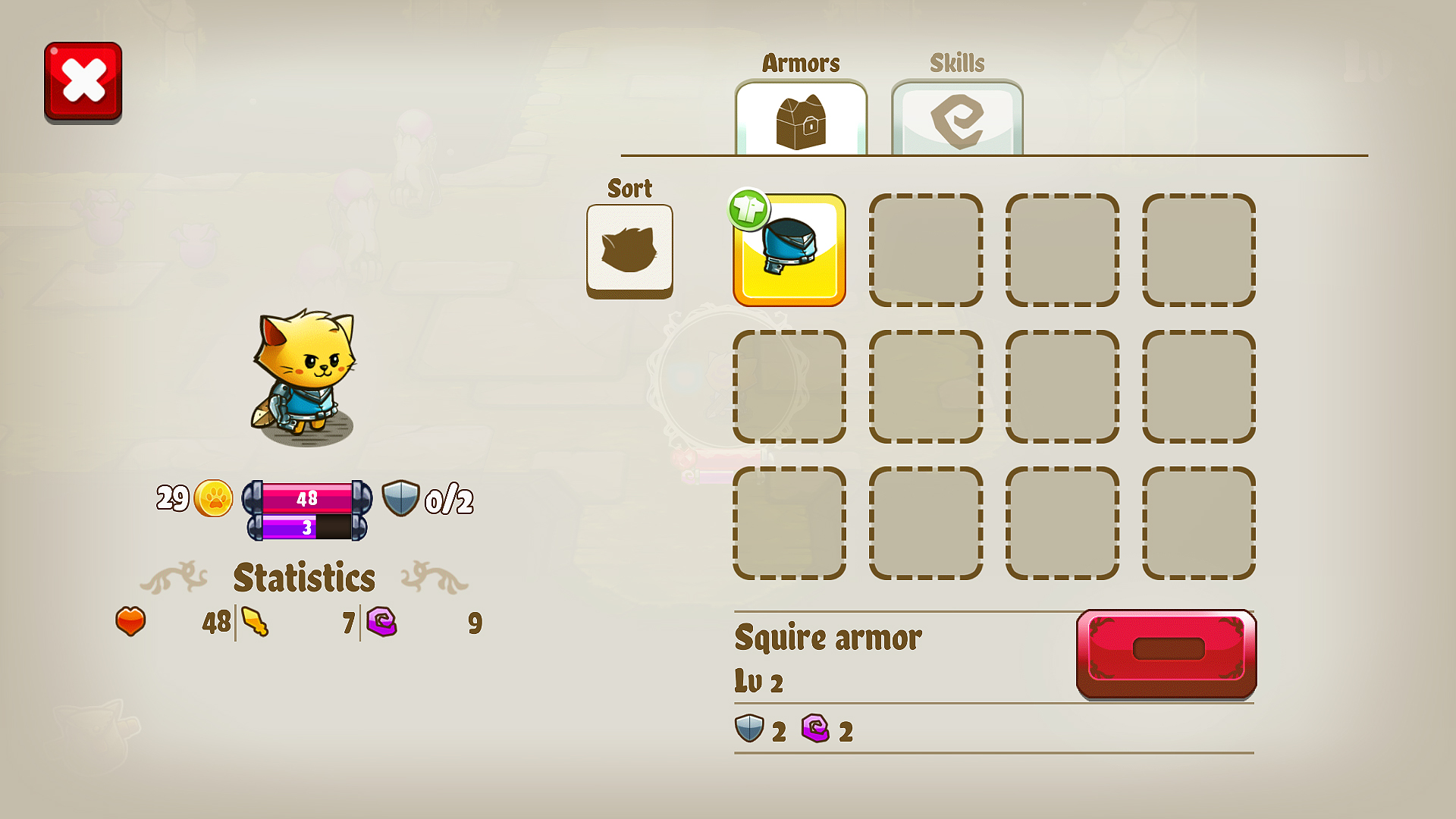 Battles have the potential to be quite tense when you’re flirting in and out of an enemies attack range and the next hit will kill you. Thankfully being killed is offset by simply respawning at the last rest house you saved at, and those are plentiful around the world. So as long as you remember to stop by one of those every now and then, it doesn’t take too much of a toll.

The game does have an equipment system, and I quite like how they’ve handled it. You can equip a weapon, a head piece and a body piece. They affect your stats in which you have HP, Attack, and Magic. Another secondary stat that equipment affects is Armor, which basically acts like a shield from attacks until it’s depleted. Pretty standard fare, but the one thing that I thought was really nifty is when you get more equipment.

You will usually get most of your equipment from quest rewards, and a lot of the time you will get duplicates. These duplicates will then combine with the base one you have already and add on to the stats of that one, making it a better version of what you had. The item will shows as having leveled up — for example, you can have a Mage Vest at level 13 because you’ve gotten it a few times from different quests or shops.

Speaking of, there is a blacksmith you can spend money on to get a random piece of equipment. You can either spend a lower amount or higher amount to get better chances to obtain better equips. I only used it once to test it out on the higher end one to see how it worked, and got a weapon I was able to keep until nearly the end of the game.

Over the course of the game you journey across a continent completing various quests for fellow furred citizens of the land. The quests usually consist of some form of “go to this place, kill enemies, end quest” but they mix it up sometimes and the writing for them is fun. They have even more fun when they make quests that have references to various things, such as Tomb Raider and House of Cards. Even the quests that aren’t references to other media are well done, including one that has an obvious-but-maybe-not-demonic cat trying to complete a blood ritual. 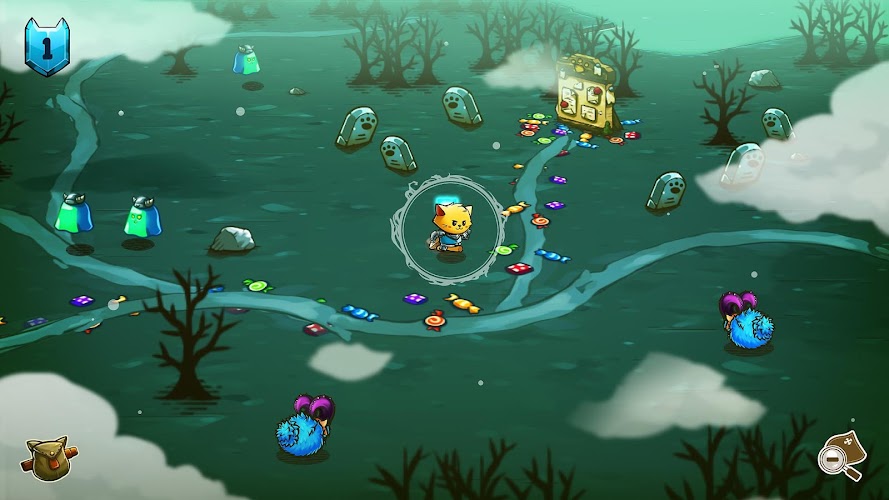 There are dozens of quests in the game, but you can only take one at a time so the game doesn’t provide a quest log. I would have preferred if it kept a tracking of some kind for quests, even just showing all your completed quests. The only way to really see this is going to the different quest boards scattered around the land, but only the quests associated with that quest board. It’s a small nitpick that doesn’t ultimately detract from the rest of the game, but just a note from the quasi-completionist in me.

Barring small complaints like the aforementioned quest log and the lack of more unique character portraits for the various townspeople, Cat Quest is a full fledged cat RPG for your phone. It doesn’t shatter the mold but nudges its claws here and there, with self aware writing and some fun gameplay mechanics. It’s a swell time, and a purrfect way to spend $4.99 on Google Play. See, I had to get at least ONE more cat pun in there.

Pocket City is the best city-builder on Android, but it’s over too fast

Review: My Child Lebensborn is an emotional gut punch, but an important one

This site uses Akismet to reduce spam. Learn how your comment data is processed.